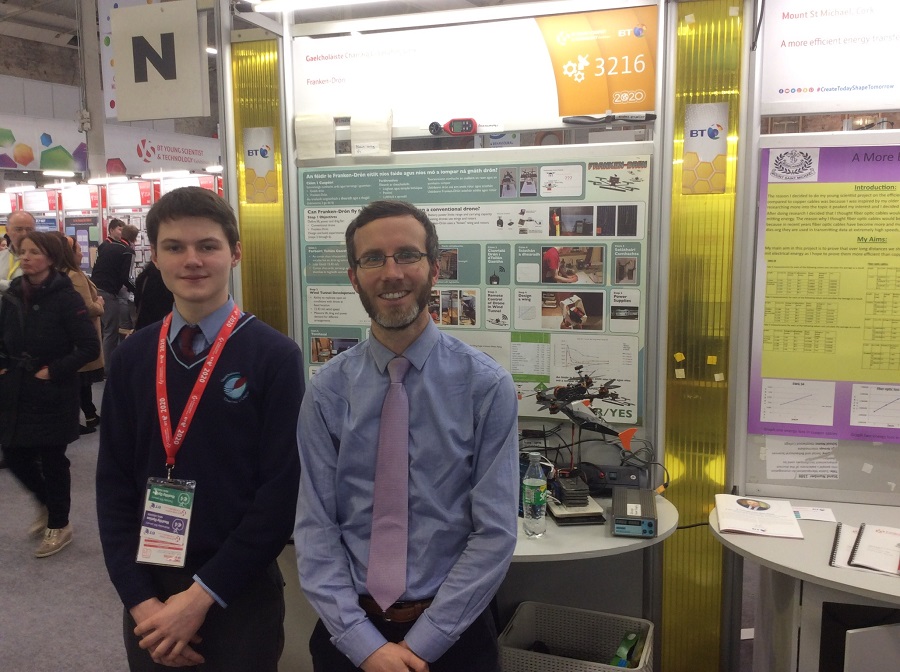 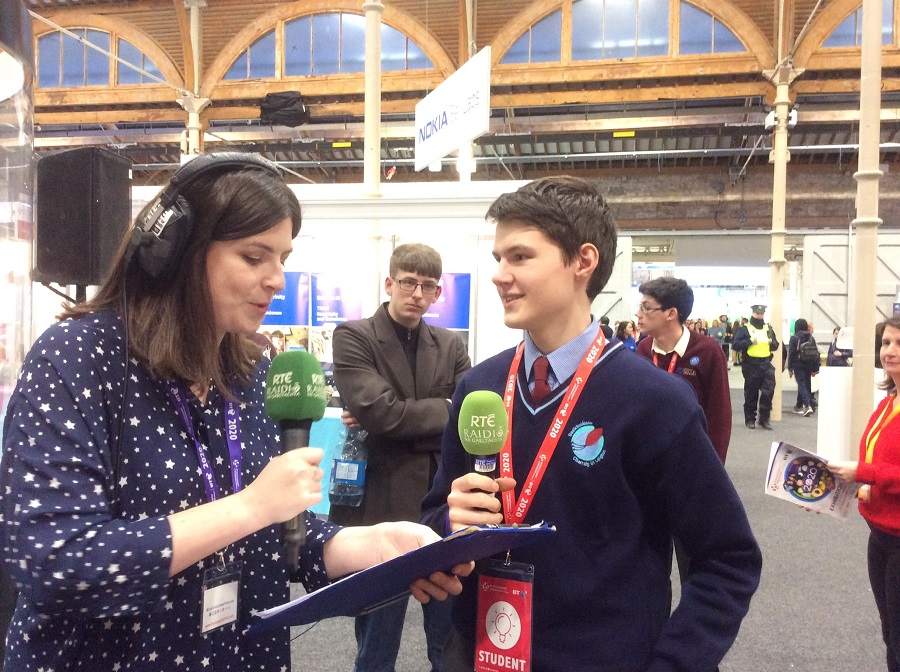 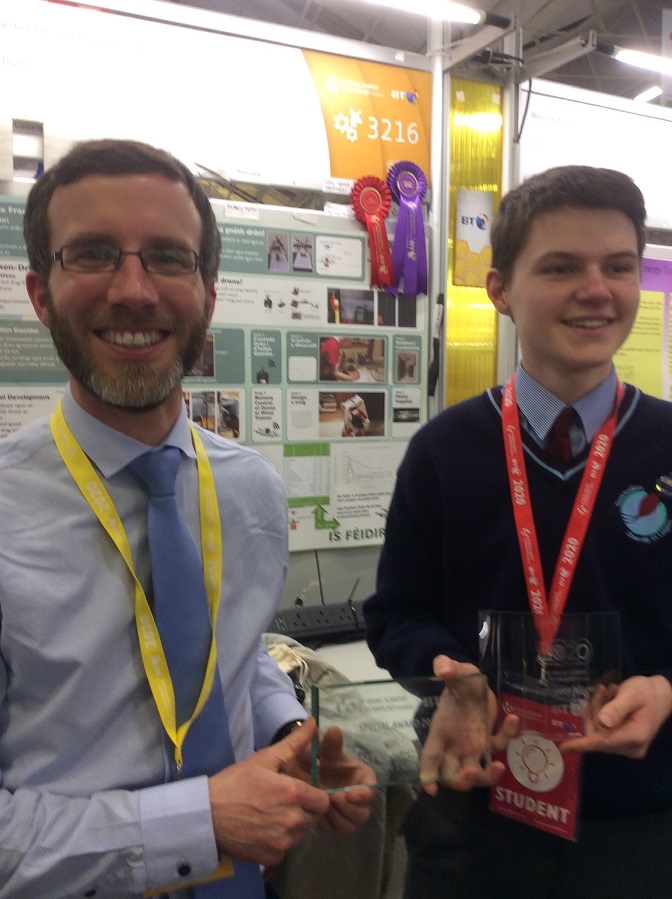 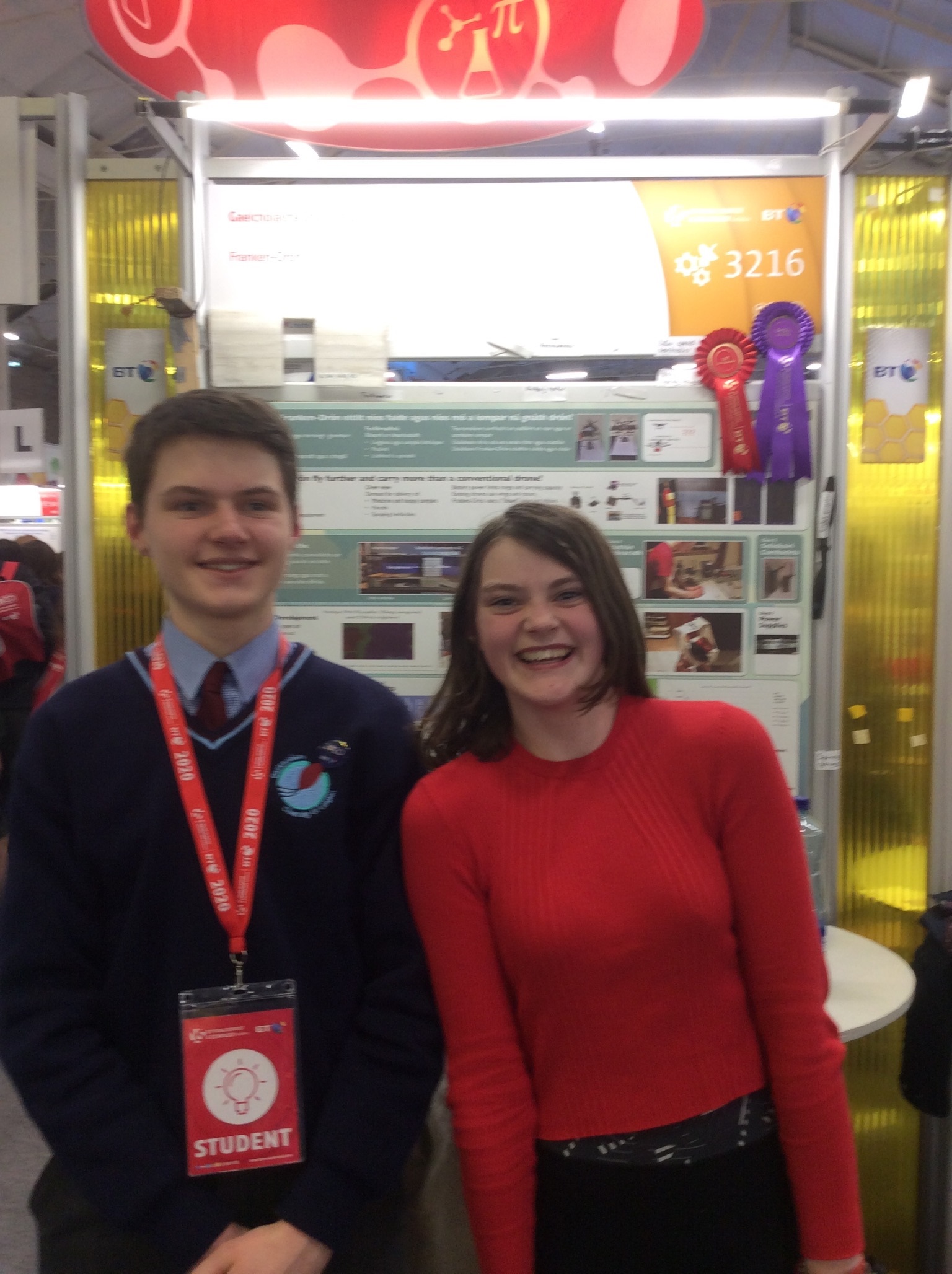 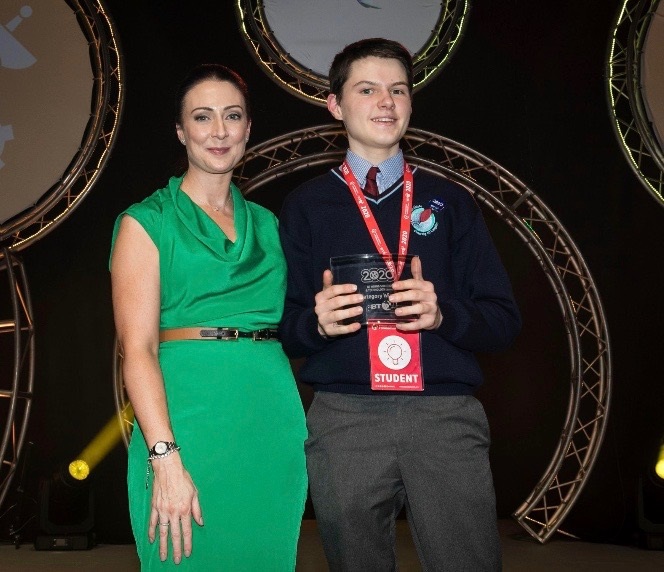 Tá fíor Eolaí Óg ag Gaelcholáiste Charraig Uí Leighin anois tar éis dhá gradam a bhuachaint ag an dtaispeántas i mBaile Átha Cliath ar an Aoine! Gaelcholáiste Charraig Uí Leighin scooped two big prizes at the Young Scientist & Technology exhibition this week – best technology project and a special award, the Intellectual Ventures Insightful Inventions award. Tomás Ó Cróinín, a third-year student, exhibited a technology project on drones and how much load they can transport. The work started a year ago when Tomás set about looking for a wind tunnel in the area to do his experiments. Unfortunately, there was no wind tunnel available that was large enough to accommodate a drone. Undeterred, Tomás went about building his own wind tunnel at home. After months of hard work and set backs, he began testing his specially-adapted drone in his wind tunnel. His results showed that, by adding a wing to the drone, it could travel further and carry more weight, a very positive finding. Tomás will now have the fantastic opportunity to travel to Seattle to visit Intellectual Ventures’ lab and meet their inventors. The future looks bright for the Gaelcholáiste’s young scientists! Go n-éirí go geal leo!